Quantitative easing and the Australian economy

Posted by Northadvisory on December 14, 2020

You’ve probably heard the term being used quite a bit recently… ‘quantitative easing’ has been a hot topic in financial news reports since the impact of the global pandemic was felt earlier this year.

The Reserve Bank of Australia (RBA) announced the introduction of a $100 billion quantitative easing measure in November and has already begun the process. The primary objective of the policy is to help keep interest rates down and to encourage economic recovery… after what has been an extremely challenging year.

Historically, central banks from many different countries around the world have employed quantitative easing as a tool to stimulate economies after instability. For example, since the Global Financial Crisis in 2008, the US Federal Reserve has used this measure four different times to combat the effect of economic turmoil. 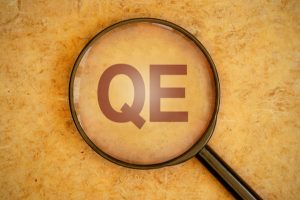 Some articles you read will describe quantitative easing (QE) as printing money… but that is an oversimplification. The measure is far more complex than just pumping out more bills and putting them into circulation.

QE is classified as an unconventional monetary policy. It is designed to stimulate economic recovery by increasing the supply of money. Central banks seek to raise liquidity within financial institutions and in turn bolster the country’s overall financial system.

Here in Australia, the RBA’s process involves purchasing government bonds from banks and other financial institutions. The payment the banks receive from the sale provides the liquidity they need to be able to offer more loans. And more loans – either for assets such as houses or cars, or for business development – are beneficial for growth and are recognised as major drivers in economic recovery.

In addition to increasing the banks’ ability to lend, QE is also believed to help keep interest rates down. During a time of already record lows, competition within the lending industry will continue to have downward pressure on rates. The theory is that this will enable borrowers to find the best rates on offer and borrow more… which in turn means they will spend more – encouraging higher demand which equals job creation and economic bounce back. 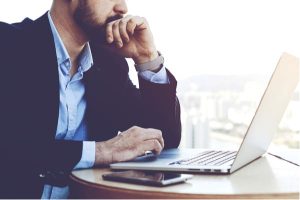 The $100 billion program is already underway, with the RBA committed to purchasing $5 billion worth of bonds every week for a six-month period. The scheme will be split between federal and state/territory bonds and they will span across five to ten-year bond maturities.

The RBA will buy the bonds on the secondary market from banks and other institutions. RBA Governor Philip Lowe has expressed that he is not considering buying direct as this could blur the lines between monetary policy and fiscal policy. Governor Lowe said,

“I want to make it clear that our purchases will be in the secondary market and we will not be purchasing bonds directly from the government.”

He also highlighted that the regular interest payments and final settlements associated with government bonds will still be applicable.

“It is important to point out that the bond purchases by the RBA will have to be repaid by the Government at maturity. They will have to be repaid in exactly the same way as would occur if the bonds were held by others. The fact that the RBA is holding some bonds makes no difference to the financial obligations of the government, other than through a lower cost of finance.” 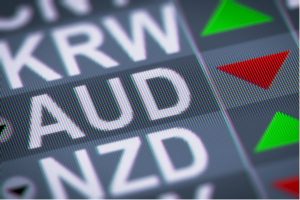 How will it help the economy?

But there is also an additional impact… as the QE measures will devalue the Australian dollar. As the currency drops, this will benefit Australian exporters as our goods become cheaper for overseas buyers… and after the year we’ve had, this can only be a positive outcome!

Never before has the RBA used QE measures to support our economy. This decision is indicative of how challenging the current climate has become, and we will be keeping a close eye on economic conditions in the coming months. In the meantime, if you have any questions or you want to discuss your own personal financial position, please contact our team… we are always here to help and offer professional advice. Read more Financial Industry articles.

Did you know we can also help you discover untapped areas of profit potential in your business?

We offer advice and strategy based on our years of experience in business accountancy and our detailed knowledge of your corporation.

And we’re always working to improve your position.

Looking for an accounting system that integrates with your medical software?

We know which accounting systems work best for medical professionals and we can seamlessly install cloud-based accounting software for your practice.